Dr. Adam Gordon reminds us with example from DHL that scenarios are about current not future leadership actions. This approach serves managers better than predictive modeling.

Deutsche Post DHL in 2012 created scenarios for the transportation and logistics industry of 2050. Five years later, its instructive to see how these future views have stood up against a changing world, and in what way they might have cued company management to better respond to these changes.

Its important to remember that scenarios are about current not future leadership decisions.

First, by way of background, a scenario is not meant to be an accurate prediction. It is a forward speculation which offers a view of what the future might plausibly be like. A single scenario is typically constructed around one important new change in the external environment, but the point of scenarios is they dont come on their own, they come in sets, each one prioritizing a different important, external change.

The idea is not to strive for, or hope that any one scenario is prescient, but rather to create a situation where the set as a whole captures the important future changes an organizations leaders need to address going forward. If managers have considered all the implication of a scenario set, it is unlikely they will be blindsided.

Its important to remember that scenarios are about current not future leadership decisions. Wide-range or long-range future views allow less constricted thinking, which means being ready today for external changes that are bigger than or come faster than expected.

Overall this approach serves managers better than predictive modeling. Nobody and nothing reliably predicts the future. Betting on a point forecast is a fastest way to a big management mistake in changing industries.

DHLs five scenarios in 2012 were

1. Untamed Economy: untamed growth and unchecked materialism cause a mounting number of natural disasters, putting the world on the brink of a collapse. 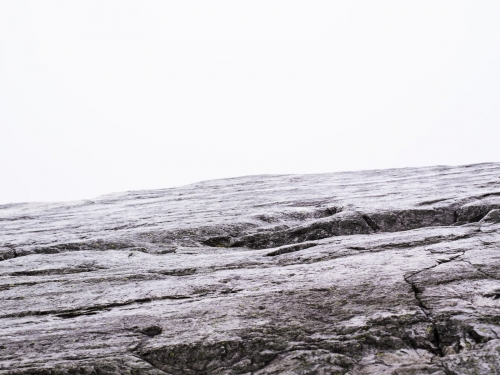 Whats apparent is how each of these is already part-valid, that is, each is an already-useful guide to the world of 2017 (on the way to 2050). This is as it should be, because each scenario was by design built on a strong-running trend which continues to run.

Beyond this, Scenario 4, Paralyzing Protectionism, jumps out as being surprisingly instructive. Europe has taken all the migrants it can politically absorb, and is effectively closing ranks. Brexit has thrown open border philosophies into a tailspin. Trumps America is taking a decidedly protectionist stance, including pulling out of the Trans-Pacific Trade Partnership.

The rapid rise of this political sea-change was not nearly as generally recognizable in 2012 as it is now, but was nevertheless at the time revealed to Deutsche Post management via the scenario. This means they had been mentally prepared for it, including just being more ready to see it in the first place. This pre-recognition is what scenario planners call "creating memories of the future.

In this, the first goal of scenario planning is achieved—the management learning goal of preparing decision-makers to recognize important changes. Navigating external currents better than competitors allows companies to achieve their goals, not least profit goals.

Obviously, a company using scenarios will have far more detailed implication and downframing response plans which are not in the public domain.”

DHLs 2012 scenarios, as published, each contain high-level implications which point to downframing choices. In the case of Paralyzing Protectionism, this is: As relations between some blocs and countries are extremely strained, logistics providers in bloc-free countries act as intermediaries in international trade brokerage. The growing complexity and length of the customs clearing process increases demand for specialized customs brokerage and consulting services.

Obviously, a company using scenarios will have far more detailed implication and downframing response plans which are not in the public domain.

Applying scenario thinking to executive decision making was a necessary challenge to the linear planning culture at Deutsche Post, according to Deutsche Post CEO Frank Appel. The project had been launched in recognition of an increasingly complex world filled with uncertainties, where short-range projections would no longer be much help in setting the appropriate long-term direction and devising robust strategies, said Appel at the time.

In the current age of volatility, it is not useful to apply linear prognosis. We have to think in alternatives, he said.

Dr Adam Gordon is an instructor at Aalto EE's Strategic Foresight program. The program helps to find a clearer roadmap to guide your organization to the future. How to develop an integrated management foresight perspective to make better business decisions under conditions of external uncertainty, and turn this advantage into profitable real-world products and services? Read more about the program »

Future Planning? Its Better To Be Vaguely Right Than Exactly Wrong »

Hans Rosling: How to Make Better Management Decisions than a Chimpanzee »

Future of Work Now - What, Why, How?There are a lot of myths to bust as well as learning and unlearning to do. What else should be done?

The Call for Strategic Foresight Is Louder Than Ever

The Call for Strategic Foresight Is Louder Than EverWhat executives and directors should know about strategic foresight.

Hans Rosling: How to Make Better Decisions than a Chimpanzee

Hans Rosling: How to Make Better Decisions than a ChimpanzeeDr. Adam Gordon writes what can business world learn from Hans Rosling's research.

Future planning? It’s better to be vaguely right than exactly wrongDr. Adam Gordon writes about strategic foresight and how to do it.

Is your organization prepared for the future?

Is your organization prepared for the future?When it comes to the future be humble but not subservient, is my motto. What do I mean with these words?