Digital Disruption Is the Opportunity of the Century

Some may not recall how accustomed Finns are to economic growth.

Between 1900-2000 the country’s GDP growth was the second fastest in Europe and the fourth fastest in the world. Digital disruption presents a growth opportunity the likes of which occur only once every hundred years.

Aalto University's Professor in Economics Matti Pohjola maintains that digital disruption will benefit those companies that know how to make the most of economic chance forces – digitalization and globalization – and dare to jump at change voluntarily instead of waiting until change is the only option.

Many boards seem to have only just woken up to digitalization within the past two year.

One hundred years ago electrification changed the world as much as digitalization is changing it now. Companies have two options: they can try and protect themselves from the transformation or they can attempt to make the most of it. On the long run the latter is the right option, Pohjola underlines.

Digital disruption has been ongoing for at least 15 years, yet many companies have been quite unprepared for it. Many boards seem to have only just woken up to digitalization within the past two year, he stresses.

Pohjola clarifies the many growth opportunities that digitalization presents to companies at Aalto EEs CEO Circle program (held in Finnish) in 2017. CEOs are so busy in their everyday work that they rarely have time to reflect and analyze longer term transformations. In light of history, an opportunity as great as digitalization will not occur again during any current managers lifetime. This is something that is good to keep in mind.

Half of Finlands economy is growing

Pohjola reminds that it is only a slight exaggeration to claim that Finns have been living in two economic realities side by side: growth and decline. Half of Finland has been enjoying nice growth figures – the half that already embraced digitalization. 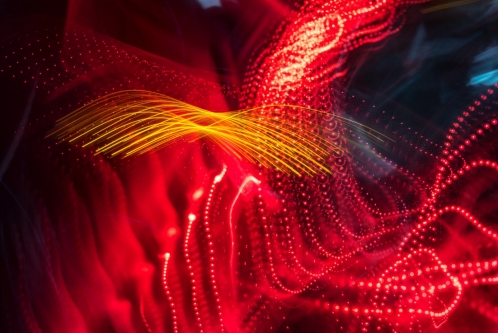 Information technology has grown while the traditionally strong industrial sector has declined. The notable duality of Finnish economy has led to a situation where its GDP has neither strengthened nor plummeted; as some have prospered while others took a turn for the worse, Pohjola says.

He describes private services a highlight of the national economy: their exports have increased 30% during the past ten years. A large portion of service exports are IT-services, which amounted to 7 billion euro in exports last year. This is almost exactly the same amount that Finland gained from exporting paper and board.

Information and communication, as well as professional, scientific and technological fields have grown 26% from 2006. During this time period they have created more economic growth than any other area of industry in Finland. The country is probably not going to see 4-5% growth again, but there is no need for pessimism. The national economy started recovering in December 2016 and a generation of digi-natives is rapidly entering the market. This presents a great opportunity for many companies, Pohjola emphasizes.

When Finland developed from a farming economy into an industrial country its progress was largely due to investments into education and new technology, as well as efforts to decrease regulation. These same methods would boost growth today, if Finland found the foresight to use them.

For larger companies, creating an explorative culture can be challenging and hence many companies have solved this dilemma by setting up co-creation efforts with startups.

R&D investments are an excellent indicator to look at if you want to know which companies will most likely rise from this transformation as the clear winners. Economic growth is born only from those investments that create innovation and accelerate technological development, Pohjola points out.

He explains that in the future the most prosperous companies in both domestic and foreign markets will be the ones that know how to answer customer needs with an approach that combines people, digital platforms, efficient operations and a global business model.

Digi-natives have expectations that differ radically from previous generations. Companies must have their sensors alert, set any predisposition aside and experiment to see what might work in the new world. For larger companies, creating an explorative culture can be challenging and hence many companies have solved this dilemma by setting up co-creation efforts with startups.

Pohjola says that the most critical prerequisite to success in transformations is perspective: If a company only looks as far as the next quarter or year it probably is not developing its operations with enough sagacity. 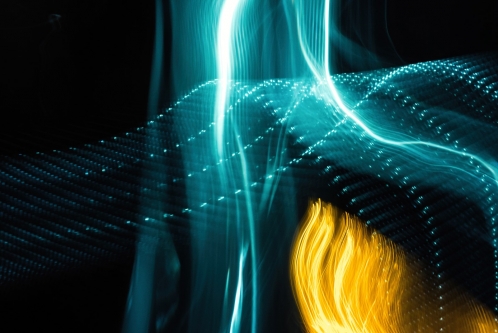 Also, companies that have been flourishing for a long time with their current concept are at risk of falling behind progress.

If you have had no need to change directions for years on end, it may be too late when you finally notice change must happen. Especially if a company does not really have any real readiness to adapt, Pohjola ponders.

Many routine professions will vanish in upcoming years. A central theme will be work division between humans and machines. Certainly a change of this scale requires that we all change to some extent, but not everybody needs to become a digital service provider to survive.

He underlines that every company aspiring to grow must have a digital strategy. Also, every company that has ambitions of digi-natives as their customers should invest in talent management, developing operations and creating a corporate culture fitting for the digital era.

Everything must be digitized that can be digitized – but operations can also advance with smaller leaps, if the direction is right and the goals clear. Digital disruption is an opportunity for every company in Finland, says Pohjola.

Matti Pohjola is Professor of Economics at the Aalto University School of Business. He is also an instructor e.g. in the Aalto CEO Circle network (held in Finnish).

The COVID-19 Reshaping the Future of Work – What are the New Rules and the New Normal?

Ethical Blindness Explains Why Good People Do Bad ThingsProfessor Guido Palazzo is an expert on the dark side of the force – why good people do bad things. Aalto Leaders’ Insight spoke with Palazzo about a ...

Future of Work Now - What, Why, How?There are a lot of myths to bust as well as learning and unlearning to do. What else should be done?

Jyrki Salmenkivi, AaltoJOKOThe AaltoJOKO® program is well-known at Helsinki University Hospital HUS. One of the program's recent graduates is Licentiate of Medicine; Orthopedist...

My View: Work Is Changing – And so Should Leadership

My View: Work Is Changing – And so Should LeadershipThe fourth industrial revolution is shaking up the way we work. The end is not in sight quite yet, but leaders need to be awake.

Leader, This is How to Improve the Strategy Process: Create Scenarios, Listen to Others, Experiment

Leader, This is How to Improve the Strategy Process: Create Scenarios, Listen to Others, ExperimentHow should the strategy process change during an era of technological revolution? Timo Ritakallio, President of OP Financial Group, and Timo Vuori, As...

The Fourth Industrial Revolution Has Begun, and It’s Not Managed from the Corner Office

The Fourth Industrial Revolution Has Begun, and It’s Not Managed from the Corner OfficeThe fourth revolution of work has begun – how to manage people when work is changing?

Supervisors Need to Internalize HRM PracticesWhat is the most striking difference?