How to Survive the Growing Pains of a Startup?

A fast-growing startup may turn into its founder’s worst nightmare - just another ordinary large company.

How to run a startup without growth getting in the way of passion and creative chaos? Journalist Reetta Räty chats with Aalto EE's Senior Advisor Hans Henrik Lund.

In essence, this interview boils down to a single question: How to run a fast-growing startup where the wacky idea of a small group is turning into a stable company?

Sc.D. (Technology) Hans Henrik Lund (in picture), Senior Advisor at Aalto EE and CEO at Nilfisk, has solid expertize in the marketization of startups and change management. He has been a board member and held executive roles in several companies, including Helvar, Jabra, Nokia, and Microsoft, and definitely the right person to turn to.

So how is it done?

Lund lives in Finland, and we have arranged to meet at Aalto EE's premises along Mechelininkatu street in Helsinki. Now we at least know running a startup is extremely difficult.

But why is it so hard?

Hans Henrik Lund describes a typical scenario, where a startup has managed to get through the initial stage. It has a brilliant idea, funding, a great team, and usually also what so often is seen as most important - technology.

"And then they realize brilliant technology alone isn't enough. You need customers."

That is the stage when someone should be talking to potential customers, whether businesses or consumers. 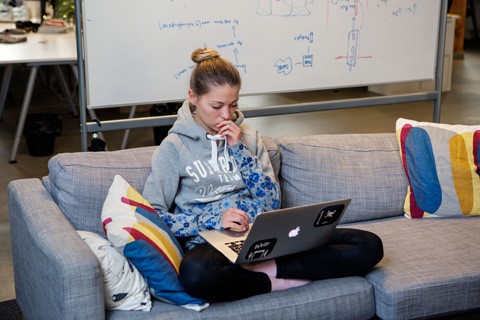 According to Lund, often the founders of a startup find this a challenge. "So many proceed in the wrong order. Technology is seen as wonderful – "Isn't this just fancy?" – instead of thinking about what to offer customers. What do customers need?"

Directors of a startup need to be able to look themselves in the mirror: Am I the right person for the company's key task?

Despite being like other companies, startups are often seen as universes of their own. Lund feels the distinction is justified in some areas, such as in light of their extremely rapid growth targets, which serves as a common denominator for startups. A startup can also be seen as a company's particular phase, which may evolve after it succeeds and finds a business model.

Leadership during a time of rapid growth is different or at least carries a different weight compared to running a traditional, more established company.

Let's take competence for example, which Lund touched on.

Why would the risk of not having the right competence particularly apply to startups?

Lund believes it is down to their nature. Young companies are led by people who are passionate about their work, product, and idea. They are of course quite rightly excited about their idea, and work hard. But at the same time, they need to be able to move aside, or at least involve others.

"How do you do that to your own baby?" Lund describes. "It's not something I'd like to do to my children: give them up to another father."

"Founders of startups are like family members who think they can do the job all by themselves. But a startup family needs to expand, not just by including friends, but through targeted recruiting", Lund explains.

Companies think they should be stable, real firms, while aiming for the opposite at the same time."

Being required to look for additional resources when a thousand other things are going on doesn't make things any easier.

Startup entrepreneurs are all too familiar with the situation.

In connection to this article, startup entrepreneur Juhani Mykkänen describes how his company Wolt hired Riku Mäkelä from Slush.

"We simply didn't have those skills within the company", Mykkänen says. 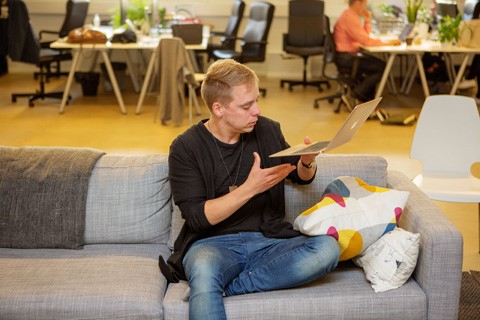 Food delivery app Wolt is currently undergoing a strong growth spurt, and needs resources especially in global expansion. "We came to realize that our growth targets are set so high that we can't simply figure things out as we go. Riku is experienced in areas we are still finding out for ourselves."

Lund feels startups need a mindset of what was done a year ago no longer being enough. Companies need new people, more expertise, and new products, while preventing turbulence at the same time. Avoiding formality and rigid processes is the ideology and working culture of many startups, which also applies to growing organizations. This can create conflict. Companies think they should be stable, real firms, while aiming for the opposite at the same time.

How, then, can a balance be achieved?

Lund shakes his head and laughs. What was it he said right at the beginning? It is damn hard.

What are the skills startups usually need the most?

"Marketing", answers Lund without hesitation. "Especially in this part of the globe", he claims, referring to Europe. "The U.S. know how to market, they never forget. In fact, it's the opposite there, it's all they have."

Marketing resources can be outsourced or recruited – as long as they exist.

"Otherwise no one understands what you have. What is your value proposition? What benefit does your product or service bring to customers? How does it excel your competition's? What makes us the best in the world, and for whom? Who values our product and why?" 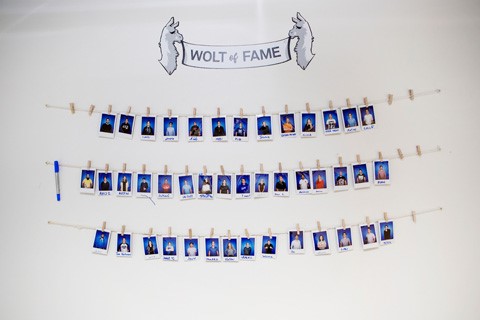 According to Lund, despite being vital, these questions are not raised.

"We think too much about technology, and not enough about marketing."

Lund argues that startups are afraid to choose their target audience. They try to be everything to everyone instead of, for instance, selecting three companies they want to sell to, then sell like crazy!

"If your value proposition resonates with customers, and you keep fine-tuning it by selling and developing, you are sure to win. It might take years, but keep knocking on that door instead of trying a bit of everything. You will get the deal in the end."

Lessons so far: When running a startup, it is important to understand what it is you don't know.

"Also understanding the startup's growth stages is important; grasping that right now we are going through this phase, which involves taking care of this and this", Lund adds.

How else can growing pains be prevented?

"Talk to people who have been in the same situation. Listen to their experiences, mistakes, and conclusions. Build a network."

Instead of pitching technology, pitch its outcome."

Fourthly, Lund returns to what he calls the main initial problem of startups: a preoccupation with technology rather than focusing on customer needs.

"Instead of pitching technology, pitch its outcome."

Slow things down at regular intervals, forget your operational role, and take time to think about the future together.

What will we be like in a year, if we succeed? What will the world look like then? How do we get ready for change?

"Predicting the future is impossible, but you can always think about scenarios, and how they can affect us and we affect them."

The sixth element is linked to longevity:

Even in the middle of change, certain elements should stay the same even for startups, such as values and the working culture.

Those can be constantly kept under tabs.

"Be value-based", Lund advises. "Stick to an entrepreneurial spirit. Keep it! I would also say: keep the flat organization."

An organization's permanent elements – its working culture and values – are directly linked to recruiting: "Don't hire people who need micromanaging. Recruiting the wrong people leads to a need for more structures and hierarchy", Lund points out.

A startup needs to be aware of areas it cannot bend despite an eagerness to be a low-hierarchy, creative workplace."

One more piece of advice as a reminder that running a startup is a difficult task, yet a unique opportunity:

Don't copy the structures of large organizations, but think for yourself.

"A chance to build a company all by yourself is a gift."

Currently airing on HBO, TV series Silicon Valley follows the path of a fictional startup that is turning into a "real company". The series makes fun of startup clichés with the characters visiting wild toga parties, as they seek funding from freakish business angels. The tech nerds don't have a clue how to manage employees who only a moment ago were their roommates and pals. 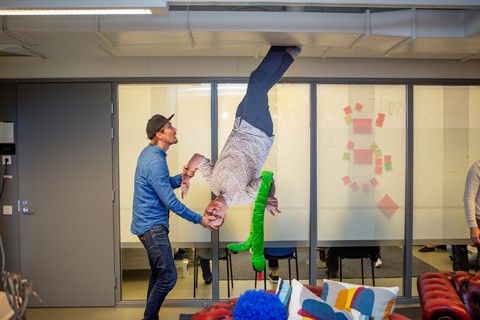 In its over-the-top way, the show illustrates a group of nerds trying to turn into a workplace. Here are some of their comments:

"We need to work like a company or we'll fail."

"This isn't going to work out. Our company doesn't have rules."

"We need to set up an operating culture, if we want to succeed."

"I don't think this Scrum works."

Some long for clear rules and project management tools like Scrum, while others fear it is Scrum and the likes that will destroy the initial idea. This was supposed to be Silicon Valley, a counterforce to corporations!

Hans Henrik Lund is well-acquainted with this pull into different directions from the real world. He sums up that a startup needs to be aware of areas it cannot bend despite an eagerness to be a low-hierarchy, creative workplace.

"Take all legal stuff for example. It has to be done by the book, just like in more established companies. Otherwise you end up in trouble."

Another element you simply cannot invent as you go along is finance. You need to be thoroughly familiar with applicable legislation and rules. The same goes for IT solutions. "Don't mess with it", highlights Lund.

How about salaries? Startups can have a completely different salary structure compared to more established businesses. At first, they can even be down to voluntary effort.

But Lund goes on to say:

"It's an illusion that startups would be willing to work for free in the long run. It doesn't work like that."

People want to find work they are passionate about, but they still need money.

"Working for free is really not good for anybody."

Also TV series Silicon Valley touches on the subject. As people begin to quarrel over money, nothing is left of the passion and team spirit that prevailed in the beginning. Conventional contracts and a knowledge of labor legislation are necessary also in industries with a focus on freedom.

The ethos of startups is built on an idea of hard work, risk-taking, and the dream of wealth, as well as falling and failing. If you fall, you cannot quit, but you rise from the ashes with a new idea.

Startup stories often follow the pattern of being thrown into the deep end before finally finding a road to success.

In Lund's opinion, this feature of startup culture is both a blessing and a problem. Nothing is born without passion. In that sense, trial and error and a dream of making it big are all a company has.

But passion becomes a problem when you need to stop trying.

Lund talks from personal experience. "The company hit a difficult patch. We didn't have focus, and things didn't move on. The company lacked potential."

But who wants to tell their colleagues, investors, or anyone else for that matter that now is the time to quit?

"Investors keep wishing, and others wait for a miracle, too. Everyone wants to remain hopeful, as endlessly pushing through is the name of the game. But someone needs the balls to say no more money will be invested. Time to call it a day."