Mindfulness can be used as a tool for developing leadership skills.

Leadership skils are becoming more and more important in an increasingly complex world and fast-paced business life. People skills and emotional intelligence lie at the heart of modern leadership.

"Usually major leaders don't make a big fuss about them­selves. They are humble and down-to-earth, and know how to be present."

Skills like presence and emo­tional intelligence are increas­ingly seen as key ingredients in leadership. Instead of simply be­ing a question of talent and per­sonality traits, these are leader­ship skills that can be developed.

You can ex­ercise the mind and brain just as you can train muscles at the gym.

"Mindfulness is one way to cultivate these skills. You can ex­ercise the mind and brain just as you can train muscles at the gym", says Gröhn.

In many companies, mindful­ness techniques have become an ingrained part of internal train­ing.

For instance, General Mills has been offering mindfulness pro­grams for employees at its head­quarters in Minneapolis already for a decade, while Targets Med­itating Merchants program was launched at the retail chains HQ in Minneapolis in 2010.

Technology giant Intel began its own Awake@Intel mindful­ness program in 2012, measuring the results on a scale of one to ten: participants report a two-point decrease in stress and feel­ing overwhelmed, a three-point increase in overall happiness and well-being, and a two-point in­crease in new ideas, insights, mental clarity, creativity, ability to focus, quality of relationships at work, and level of engagement in meetings, projects, and team efforts.

The Search Inside Yourself pro­gram tailored by Google kick-started in 2007, today involving thousands of the companys em­ployees. In addition to mindful­ness techniques and emotional intelligence, training aims to boost resilience to stress and im­prove mental focus.

Already four years ago, The New York Times interviewed Director of Executive Develop­ment Richard Fernandez, who was one of the participants on Googles course. He describes his experience as follows:

"I'm definitely much more resilient as a leader. I listen more carefully and with less reactivity in high-stakes meetings. I work with a lot of senior executives who can be very demanding, but that doesnt faze me anymore. Its almost an emotional and mental bank account. I've now got much more of a buffer there." 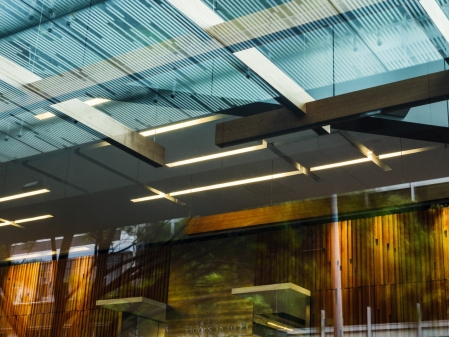 Riina Gröhn from Aalto EE knows what Fernandez is talking about. Mindfulness not only helps calm down thoughts, but also adopt a more peaceful ap­proach to ones surroundings and the feelings of others.

"Let's say you find yourself in a very tight and difficult situa­tion – this gives you a new way to look at what is going on. You have more grace towards your­self, and most probably also the other person experiences the situation that way. In a sense, we are like animals who can read and sense one another."

For a long time, emotional in­telligence, mindfulness, and oth­er soft leadership skills have been downplayed as phony hip­py talk. Viitala is glad that the tone has changed.

"Unfortunately Finland and the other Nordic countries lag a little behind. The U.S. and many European countries have a broader understanding of the significance of these skills."

Viitala sniggers how she still comes across preconceived no­tions of yoga-practicing, vegan hippies when mindfulness is mentioned in connection to leadership skills and business. She believes that research results and actual business outcomes have the biggest impact on pre­conceptions.

"We can think about leader­ship in todays changing world, where technology and the oper­ating environment develop so fast that it is impossible for lead­ers to have in-depth knowledge in every area. This highlights the importance of leaders being able to help and get the most out of others. Investing in people skills offers vital competitive edge in future leadership", Aalto EE's Gröhn believes.

Knowing how to lead others and listen to yourself – and be present in the moment.

"I've worked in management positions in two very differ­ent fields; one where people were highly driven and moti­vation was strongly linked to the substance of work and career advancement, while the other had a focus on the work community and rela­tionships. However, to think the first example would not require relationship skills and emotional intelligence would be the wrong interpretation. They are always vital, just used differently depending on the situation. No matter what the field, it is important to put oneself in the other persons shoes, considering where the person comes from and what he or she thinks, while admitting that we can never know every­thing that goes on inside someone elses head."
CEO, male, 44

"My boss loved his personnel like an artist adores his fans. He particularly enjoyed per­forming to them. Meetings involved lengthy rambles about the injustices of top management. I soon realized I had to present my ideas as if he owned them. I just about through the meetings, but our final development discussion became too much. My boss raved on about him­self and his thoughts for a couple of hours, while I des­perately tried to get a word in edgeways to highlight my achievements. Nothing in the discussion had relevance to my development, and I was simply trying to think of a reward for enduring the tor­ture. It was patronizing and depressing. Finally, my boss stated that I'd attained all of my targets, but the annual bonus would be going to someone else. I handed in my notice the following week."
Middle management, female, 39

"I used to take conflicts with employees personally, which was probably due to some of my own wounds and insecuri­ties. Through guidance and growth in self-confidence, Ive managed to take a more peaceful approach to conflicts, separating the personal level. When you feel sure about yourself, you react more calm­ly to the emotional reactions of others."
Executive, male, 48

The story was first published in Aalto Leaders' Insight magazine Vol 5, 2016. Riina Gröhn, PhD, is also one of the instructors in Leading Self Towards Better Performance program held in our Singapore campus. Read more about the program.