A study conducted by Professor Teemu Kautonen and his colleagues has shown an average increase in the quality of life of those over the age of 50 who switch from paid employment to self-employment, even when this change lowers their income and increases the hours they work. 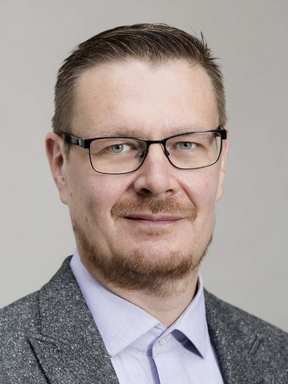 Becoming an entrepreneur at the final stages of one's career can be a good and satisfying solution, notes Teemu Kautonen, Professor, Aalto University School of Business whose research focuses on the question of how entrepreneurship at an older age affects one s quality of life.

While entrepreneurship can result in increased working hours and a lowered income level, those who make the jump still feel that their quality of life is better than before.

‘For these entrepreneurs, self-realisation and autonomy are more significant factors than the level of income when it comes to quality of life,’ Kautonen explains the results of the study.

The businesses that people over the age of 50 create are often small: some remain self-employed in the same field, while others turn their hobbies into businesses. This sense of well-being most likely stems from the flexibility of the work, the opportunity to pursue one’s own goals and being one’s own boss.

‘Entrepreneurship research has revealed that a higher income level is not even one of the top 3 reasons for people to want to start a business,’ Kautonen says.

In Finland, there has been much discussion on how working careers could be extended, how age-based discrimination affects the job application process, and how those who are unemployed could be encouraged to start their own businesses. At the core of this discourse is the perspective of society: How can we utilise the labour input of ageing workers and ensure that people retire at a later stage in their careers? How can we make better use of experienced people in the labour market? How can we make our resources last longer in a country whose population is steadily growing older?

‘I was interested in how the people who were becoming entrepreneurs saw the situation,’ says Professor Kautonen. ‘How were they benefiting from becoming entrepreneurs – if at all?’ The results of the multi-year study will provide new information for popular discourse. Kautonen presents some of the findings of the study:

It would be beneficial for companies to realise that the people who are at the final stages of their career value self-realisation and autonomy."

‘The people who are willing to voluntarily become entrepreneurs are often well-off white-collar workers whose financial situation enables them to take small risks and lower their income level. This group won't create the next Rovio or any big, ambitious companies. It’s more about commercialising one's own expertise, and from a societal perspective, it’s an issue that's more closely related to social than economic policy.’

‘However, it would be beneficial for companies to realise that the people who are at the final stages of their career value self-realisation and autonomy. It's the company's loss if an experienced employee decides to leave right when their life has become more relaxed: they have more time on their hands now that the kids have grown up and less financial worries because the mortgage and other debts are (nearly) amortised.  Is there any point in letting these people go, since they may well be the company's best employees?’

According to Kautonen, people in their 50s and 60s are often still very fit for work. Therefore, an ageing population isn't just a problem and that seniors aren't mere welfare-dependent objects.’

How the study was created

The Late-Career Entrepreneurship, Income and Quality of Life study was created by Teemu Kautonen, Ewald Kibler and Maria Minniti.

Kautonen discovered his research materials while he was working in the UK. He was introduced to the English Longitudinal Study of Ageing, a study conducted by an English research consortium that focuses on ageing and its societal effects. The study has been on-going for over a decade and features a large group of respondents.

What was the best moment during your research?

‘When the first results began to emerge from our materials. Becoming an entrepreneur seemed to create an uptick in the quality of life index. Interesting, we were actually finding new information! The rest of the research went into finding the reason for the observation, as well as clarification and verification.’

What is exciting about the research?

‘When you can find interesting research questions that are relevant for political discussions and decision-making. I’m not interested in aging as such, but in shaping the political discourse about ageing with solid research-based information. I want to see people make decisions that are based on reality, not wishful thinking.