A Measurable Impact and

A Measurable Impact and

Our mission is to build a better world through better leadership. We are first and foremost driven by the impact we can have through our programs – on participants, their organizations, the academic community, and society at large.

You will benefit from our programs, that have an impact on your work, yourself as a leader, your thinking, and the organization you are part of. We nurture and develop the knowledge and skills of individuals and foster self-confidence. You will learn to recognize your own potential and gain tools for achieving it.

Almost 7,000 people from around 1,000 organizations participate in our programs each year. We build individual career paths as well as architectures for developing competencies in entire organizations.

Join the path of lifewide learning

The world is changing at such a fast pace that none of us knows what information and skills we will need in a couple of years. Professions and job descriptions will change along with ways of working, and work and study will overlap. We are shifting from single-track career ladders to lifelong learning and multi-track careers. In other words, learning continues throughout life. At Aalto University, you are not alone with this. We will guide you and help you recognize your learning needs to ensure that you always have the skills that set you a step ahead.

We will take good care of you

You will receive a truly tailored customer experience throughout the training program and also retain your connection with Aalto EE afterwards. You will become a part of an inspirational network where you share experiences and get novel insights together with other participants, faculty, and experts.

The latest academic findings applied in practice, at your disposal

For each program, we choose the most suitable faculty from Aalto University’s and Aalto EE's own staff, and visiting instructors. They have experience of executive management in global organizations, and the interface between business sectors of different types and at various organizational levels. Our programs combine practical examples and experience with the latest academic knowledge. You can try out and implement new methods and practices immediately.

Join us in changing the world

We are involved in building a new, globally-oriented generation of leaders. Together, we promote sustainable leadership that relentlessly strives for top results while attending to its social obligations and integrity. By studying with us, you support science and research at Aalto University, and thereby Finnish society at large.

The impact will extend throughout your organization

You will get tools and models that assist you and your organization in pushing change through. Together, we will crystallize your business’ competitive advantage and the ways to continuous development and improvement. The shared perspective of the participants will be used to solve topical challenges for your organization. Aalto EE’s methods – including echo teams, strategic projects, and the live case method – will assist in this.

You will grow to meet new challenges

Participation in the program will begin the process of making your practices and thinking change-oriented. Your self-esteem, competencies and leadership will be strengthened and you will learn to better recognize your own potential. Your career will be lifted to the next level and your personal brand will be enhanced.

Organization-Wide Agility – This Is How DNA Made Good Use of the MBA ProjectAalto MBA participants did a business project for DNA on how to apply agile thinking in the support functions as well. The tools and recommendations d...

Opening Doors to International Talent is a Win-Win Deal

Opening Doors to International Talent is a Win-Win DealAalto Global Talent F.E.C. matches foreign professionals with Finnish companies. For Jimin Jung and Fernando Guerrero, the program was a vital step to...

"Companies should perceive the Aalto EMBA as a strategic change management tool.”

"Companies should perceive the Aalto EMBA as a strategic change management tool.”SOK’s (S Group) marketing unit is the same size as a medium-large Finnish company – and the group’s ...

"Business Models with Intelligent Platforms program offers an excellent opportunity to consider your ...”

"Business Models with Intelligent Platforms program offers an excellent opportunity to consider your next steps in the platform business.”KONE is a global leader in the elevator, escalator, and automatic door industry. The company is know...

"The CEFA degree benefits both me and my employer: I am more efficient in client work and I create ev...”

"The CEFA degree benefits both me and my employer: I am more efficient in client work and I create even more customer benefits.”Investment Director Jarkko Pesola has worked for cooperative bank Uudenmaan Osuuspankki for approxim...

Our Ecosystem and Footprint 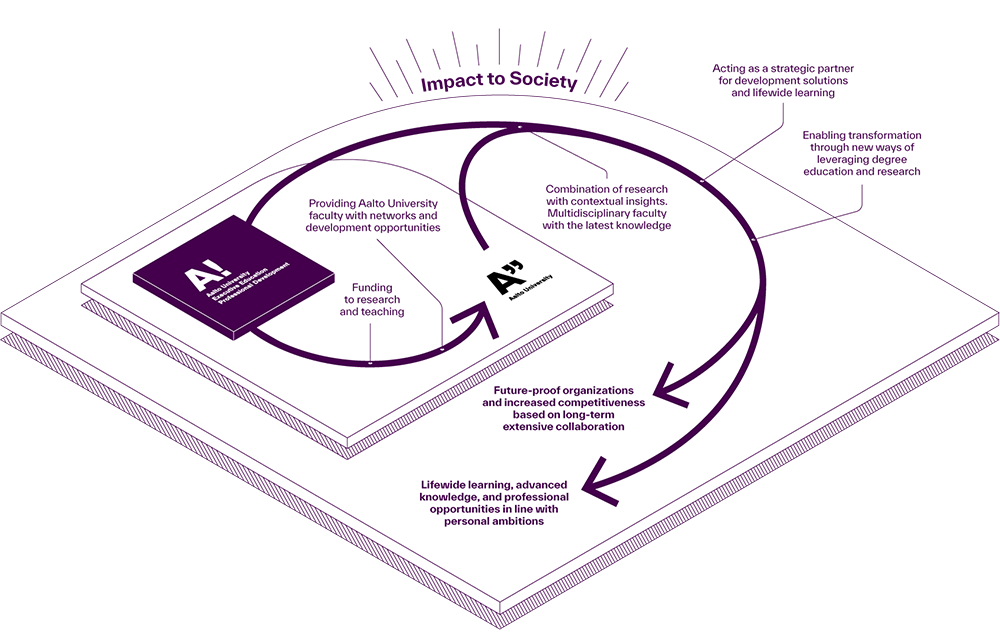 Aalto University Executive Education taps into the unique strengths and disciplines of Aalto University. Through our cooperation with Aalto University, we bring a multidisciplinary approach, the latest knowledge and, new, innovative learning methods to the development of experts and leaders, while providing the Aalto faculty with networks and development opportunities.

Monitoring various accreditations and rankings will help you to choose a program and institution that has passed tough scrutiny and been confirmed as being among the world’s top-quality institutions.

As a part of Aalto University we hold the 'Triple Crown' of accreditations, the three most respected business university accreditations, granted to only 0.5% of world's business schools: AACSB, AMBA, and EQUIS.

In 2021, Aalto Executive MBA was again the only Finnish program to hold onto its place among the top 100 in the Financial Times’ annual global Executive MBA Ranking. Aalto EE’s EMBA program ranks 48th in Europe and 93rd overall. Around 4,000 EMBA programs are being offered around the world, with only the top 100 making it onto the Financial Times' ranking. Financial Times has published the FT Executive MBA ranking since 2006, with only minor modifications having been made to the ranking criteria during this period. Alumni salary and salary development have always been weighted significantly heavier than other criteria. Over the years, 189 different business schools have featured in the ranking, but only 28 have been included every year since 2006 – Aalto EE is proud to be one of these schools.

We link everyday operations and multidisciplinary research with the help of over 800 professors and experts around the globe. In the Aalto EE you will get inspired by exceptional professors from Aalto University, our own personnel, and visiting faculty. In addition to the academic qualifications, they are both excellent teachers and have significant experience with senior-level managers in international organizations and bring the latest research converted to insightful models and frameworks that participants can use. 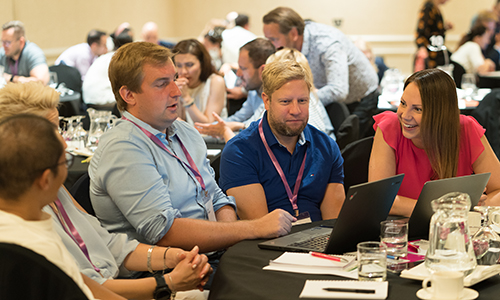 Dr. Mikko Laukkanen, Academic Director, has done his doctoral thesis and lecturers about innovations and failures to innovate.

Back to Top of Page