In the midst of change, do not forget people

Even change resistance can be transformed into an asset, says Christel Berghäll. 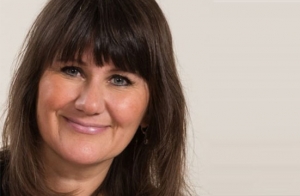 A change process, even a well-planned one, may run aground if the people concerned are not given the opportunity of participating or processing the issue. However, even change resistance can be transformed into an asset, says Christel Berghäll, an experienced business coach.

Christel Berghäll has worked with change for more than 20 years. She has managed a number of extensive change projects, offering consultation for HR leaders of a number of listed companies operating on the global level. Currently, she works as a business coach and consultant at Step Beyond Ltd. In the course of her career, she has learned that projects may be very different from each other and yet share common features.

“Changes always involve two sides – the structural and the human. The skill of executing a change lies in the ability to strike a balance between the two sides and to combine them. People are people, irrespective of the project”, says Berghäll, summarizing her viewpoint.

The following is her advice on finding a balance between the factual side and the human point of view.

1. Assess the existing situation and the impact of the organizational culture

“Organizational culture has a powerful impact. Attitudes towards change, for example, in public sector organizations, at listed companies and at start-ups vary as a general rule. If a particular sector has traditionally remained stable, resistance is likely to arise when a change is announced”, says Berghäll.

Equally common are situations where change fatigue is the predominant mindset of the personnel. Changes take place at a rapid pace, leading to a situation where the personnel have not necessarily had time to digest the previous changes when a new one is already announced. Change projects are often experienced as a further addition to the work burden.

“However, the pace of change is not going to slow down. An ability to live and work amid change is increasingly viewed as a key working life skill. It includes aspects such as knowing oneself, being aware of one’s own strengths and being able to lead oneself”.

In a change situation, people’s individual traits stand out: people draw on their personal experiences and attitudes in deciding whether or not to view the change as a threat or as an opportunity. Leaders must be able to meet those in their teams in a such way that people feel that they have been heard and seen.

It is worth bearing in mind that it is the people who form a culture. If people are ignored as individuals, their individual resistance may be transformed into a collective force that will slow down or hinder the implementation of the change”.

Leaders should also bear in mind that people’s differences are not a positive or negative factor in themselves; rather, it merely means that different people have different needs.

“Leaders must be able to see people’s differences as a resource. Taking account of the various perspectives at the very beginning of the change process may spare the process many potential pitfalls and contribute to the successful completion of the project.

3. Be authentic and set an example

In change, the manager is expected not only to be authentic and upright but also to act as a role model.

“Personnel observes the management closely, assessing whether or not managers behave in line with the change. People are looking for small signals, such as whether the management is also economizing if the personnel are subjected to austerity measures”.

The personnel also need space in order to participate and process the various issues.

“The implementation of change requires a realistic plan that is anchored in the situation of the company. I have also come across many change projects that were planned down to the level of the last detail but in which people’s opportunity to participate, comment or have their say was practically nil. However, participation is exactly the avenue through which people’s commitment to change can be increased.

The key factor in change is trust.

“People will follow those whom they trust. Trust is built up when the company engages in an open dialog, exhibiting a coherence between the words and the deeds”.

4. Turn the situation around

The various theories addressing change management often recommend that the focus be placed on converting those who are still hesitant.” In Christel Berghäll’s experience, it is also worthwhile spending time on those who are opposed to the change.

“I have personally witnessed that engaging the opponents with the change can make a huge difference. The reasons behind the resistance to change should be identified, making the resistance visible.”

Resistance may be passive and silent or active and vocal. In both cases, the individual needs behind the resistance should be identified.

“Resistance may be based on a variety of reasons. Some people would like to hear a more detailed justification for a change while others yearn for more security. Behind resistance may lie a general skeptical attitude or negative experiences of previous projects”.

Currently reading: Aalto Leaders' Insight: In the midst of change, do not forget people
Show related programs
MORE READINGS RELATED TO THIS ARTICLE

Organizations Should Not Stop Competence Development — Even When Times Are Tough

Organizations Should Not Stop Competence Development — Even When Times Are ToughIn an unstable environment, organizations are less willing to do investments and the focus shifts to finding ways to cut costs. Unfortunately, cutting...

As a springboard to the Aalto EMBA, I recommend the Global Leader program.

As a springboard to the Aalto EMBA, I recommend the Global Leader program.Head of OSS/BSS as a Service Parthiban Amarasigamani has worked for Ericsson since 2009. Before this, he was affiliated with Ericsson as a consultant ...

Choosing the Right Program for You – the MBA or EMBA

Choosing the Right Program for You – the MBA or EMBAAalto MBA and Executive MBA programs have a great deal in common – and certain clear differences. Katri Koivula and Mikko Laukkanen explain why both a...

Grow as a change leader

Grow as a change leaderChange is the status quo, and even ‘disruption’ has started to lose its edge as a buzzword.

The Optimizing Organization Is on Its Way

The Optimizing Organization Is on Its WayThe world is also changing around companies operating in the domestic market - strategies have to ‘think’ global. New strategies are often based on da...

Strategic partnerships often bring surprisesCollaboration between organizations is more popular than ever, but the results are hard to predict. This is the conclusion drawn by long-standing rese...

Let your customer choose the service channelStudies show that the digitalization of services can both save on costs and increase customer satisfaction.